How To Win an Argument

How To Win an Argument 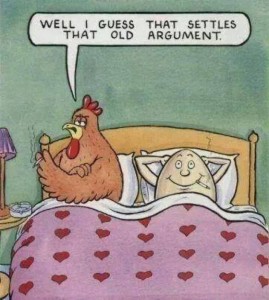 I argue very well, just ask any of my remaining friends.
I can win any argument on any topic, against any opponent.
I am so well recognised for my arguing skill, that people frequently steer clear of me at parties, and often as a sign of their great respect they don’t even invite me. Now you too can learn to win arguments, by following these simple rules:

Suppose you are at a party and some hotshot intellectual is expounding on the economy of Peru, a subject you know nothing about. If you’re drinking some health-fanatic drink like grapefruit juice, you’ll hang back, afraid to display your ignorance, while the hotshot enthrals your date.
However, if you instead drink several large martinis, you’ll discover you have strong views about the Peruvian economy and you’ll become a wealth of information.
You’ll argue forcefully, offering searing insights and possibly upsetting furniture. People will be impressed. Some may leave the room.

Note: Always make up exact figures and if an opponent asks you where you got your information, make that up too.
For example: “This information comes from Dr. Hovel T. Moon’s study for the Buford Commission published on May 9th, 1982. Didn’t you read it?” (Say this in the same tone of voice as you would use to say, “You left your soiled underwear in my bathroom.”).

3)   Use Meaningless But Weighty-Sounding Words and Phrases

Once you are comfortable with the list, here’s how to use these words and phrases:

Suppose you want to say: “Peruvians would like to order appetizers more often, but they don’t have enough money.”
You can never win arguments with plain language like that. Instead you should say: “Let me put it this way. In terms of appetisers vis-à-vis Peruvians qua Peruvians, they would like to order them more often, so to speak, but they don’t have enough money per se, as it were. Q.E.D.”
Only fools would even attempt to challenge a statement like this.

4)   Use Snappy and Irrelevant Comebacks

You need an arsenal of all-purpose irrelevant phrases to fire back at your opponents when they make valid points. Some of the best are:

(The last one is especially valuable. No one other than engineers and bureaucrats has the vaguest idea what “parameters” means).

And of course don’t forget the classic: You’re so linear.

How to use your comebacks:
You say: As Abraham Lincoln said in 1873…
Your opponent says: Lincoln died in 1865.
You say: You’re begging the question.

You say: Liberians like most Asians…
Your opponent says: Liberia is in Africa.
You say: You’re being defensive.

So that’s it.
If you practice these simple to follow rules you will be able to effectively out-argue anybody. (Although you generally shouldn’t try this on people who carry weapons).

This entry was posted in Fume and Favour and tagged argue, debate, disagree, How to win an argument. Bookmark the permalink.